Craft beer has undoubtedly opened the door to new and exciting taste sensations, and it’s now easier than ever to find a beer you love. But, with more of us counting the calories and watching our weight, is it time we started to address the elephant in the room? Whichever way you look at it, beer, whether it’s craft or not, isn’t exactly good for you — or is it?

There are many who will argue the health benefits while ignoring the amount of calories in craft beer, but there’s no doubt that certain beers are loaded with them. And that’s not necessarily a bad thing, beer is something to indulge in and enjoy after all. However, if you want to know what you’re putting inside you, and monitor your carb and calorie intake, it’s important to take a deeper look.

Lovers of craft beer can never satiate their thirst for new flavors, styles, or concepts, and with thousands of craft breweries around the world, there’s always something new to try. Many of us have fridges bulging with beers and will admit to sampling them whenever the occasion arises. For some, this can add up to a couple of pints each night, plus occasional heavier sessions.

A couple of pints of mid strength beer (around 5.5%) contains around 480 calories if it’s a lighter beer, about the same as a burger, including bun, sauce, and garnishes. Now, if you’re consuming this each evening before bed, that’s a considerable amount to be putting away, and you might soon see the pounds piling up.

If we consider stronger beers, such as a 13% imperial pastry stout, loaded with sugary adjuncts, you might be consuming around 364 calories in just half a pint! Check out our online calorie calculator to estimate how much your current beer contains and see for yourself.

But there’s no fat in beer!

That’s true, but that’s not to say that the calorie heavy craft beers you’ve been drinking aren’t making you fat. While craft beer calories don’t go into your fat stores directly, they do prevent our bodies from burning those fat stores regardless. This is because the calories go directly into our bloodstream to be burned as energy, preventing other energy sources, such as carbs and fat, from being burnt. The more beer calories your body has to deal with, the fewer carbs and fat stores it can burn. Oh, and there are plenty of carbs in your craft beer too...

Different beers contain different levels of carbohydrates, and it can be difficult to know just how many are in the beer your drinking. However, a general rule of thumb to follow is that the more sugar your beer contains, the higher it will be in carbs. Determining how much sugar a beer contains is difficult without knowing key information such as the starting gravity before fermentation.

In general though, beers with adjuncts such as lactose sugar, i.e milk stouts, pastry stouts, milkshake IPAs, etc, can be considered high in sugar, as lactose is unfermentable. Likewise, thick bodied beers are also normally more sugary, thus higher in carbs. Be particularly wary of high abv pastry stouts, which can often contain more carbs and calories than actual pastries.

If you’ve read this far, you might be thinking that if you’re going to stay fit and healthy, you’re going to have to give up on craft beer altogether! Moderation is always important, and it’s great to find a healthy balance. However, if you’re really concerned about piling on the pounds and are seriously considering giving up on beer, fear not.

You’re not alone, and an ever growing market for low carb, low calorie craft beers is emerging. Brewers are taking notice and getting onboard with the initiative, and there are now many great examples of healthier beers. For example;

Certain styles tend to typically be lower in carbs and craft beer calories as well. Brut IPAs are a relatively new addition to the list of beer styles, and as the name suggests they’re as dry as champagne. These beers are so dry because more or less all the sugars are fermented out and transformed into alcohol. With less sugar, there will be fewer carbs and calories.

Counting carbs and calories in craft beer might not seem like much fun, but it can be a truly eye-opening experience, especially if you’re struggling to lose weight. In doing so, you may discover new beer styles to try that are better for you, while taking smaller servings of the less than healthy ones! Knowledge is power, and by knowing what you’re drinking, you put yourself in control. 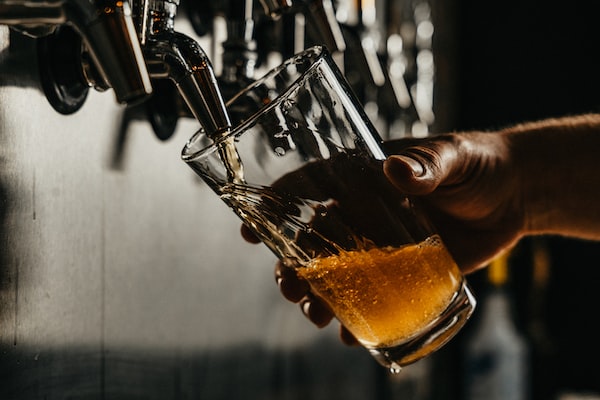 Check out our simple, straight to the point craft beer definition, and begin your journey into a new and exciting world of flavor. 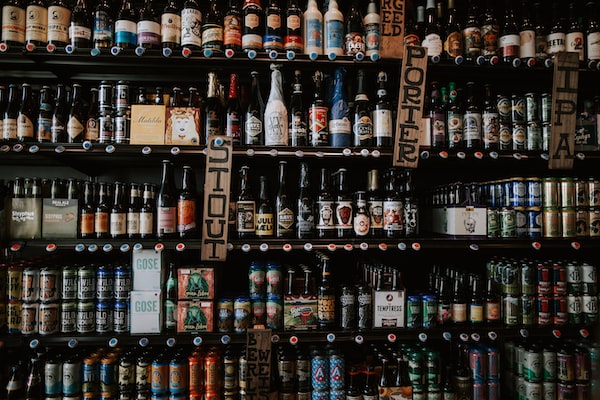 So much beer, so little time. Discover all of the different types of craft beer available and find your favorite.